Once the proper configuration profile has been installed from the Apple Developer Center, the new watchOS beta can be downloaded through the dedicated Apple Watch app on the iPhone by going to General --> Software update. 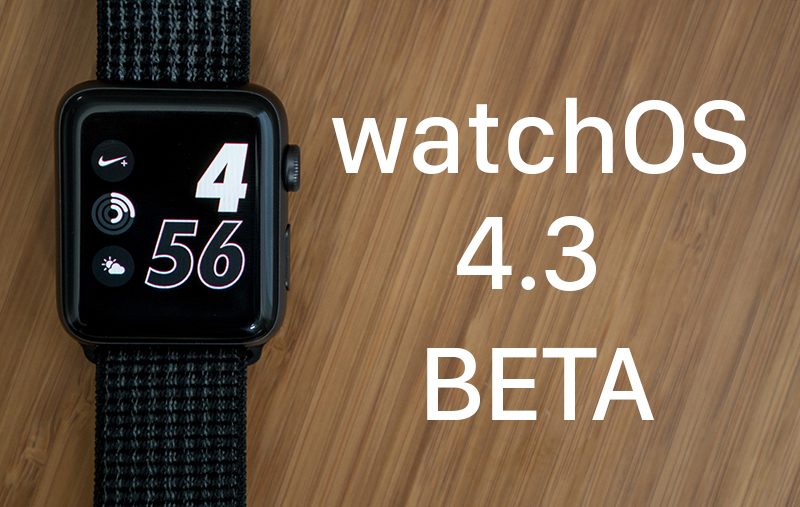 To install the update, the Apple Watch needs to have at least 50 percent battery, it has to be placed on the charger, and it needs to be in range of the iPhone it's paired to.

watchOS 4.3 introduces support for Nightstand mode in portrait orientation, a feature that was previously only available when the watch was placed in landscape orientation. There's also a new charging animation when the Apple Watch is placed on the charger, a new app loading animation, your Activity data is now displayed on the Siri watch face, and the battery complication more accurately reports battery life.

The watchOS 4.3 update also brings the return of a much-desired feature that allows music playing on the iPhone to be controlled using the Music app on the Apple Watch.

Apple plans to release watchOS 4.3 to the public in the spring, and until then, it will be limited to developers. Apple offers public betas of tvOS, iOS, and macOS, but watchOS betas are not available for public beta testers because there's no way to revert to an earlier version of watchOS once an update is installed.