Fitbit Versa takes a second swing at smartwatches with the $199 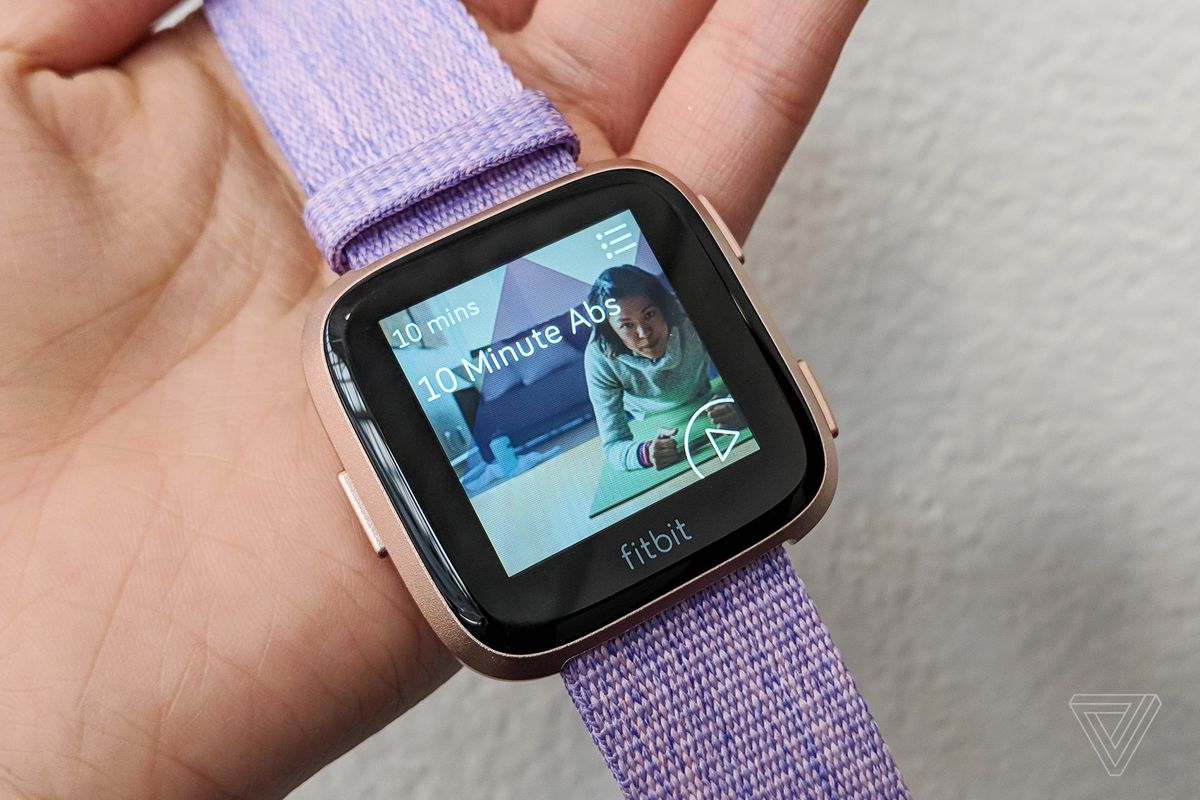 Fitbit’s first “real” smartwatch, the Fitbit Ionic, didn’t sell as well as the company had hoped, but that isn’t stopping it from releasing yet another smartwatch. The new Fitbit Versa ditches Ionic’s severe-looking, hard-edged design for a gently-rounded square (Fitbit calls it “Squircle”) with reduced bezels.

At a more entry-level price point of $199, the Versa is aimed at mainstream users who aren’t looking for a plethora of apps or LTE capability. It also will replace the Fitbit Blaze, the GPS-less modular watch Fitbit launched two years ago. Unlike the Ionic, the Versa won’t include a built-in GPS, and it boasts a four-day battery life instead of five.

Most of the features from Ionic watch are on the Versa, despite the $100 price difference. The Versa still has a heart rate monitor, runs on the Pebble-inspired Fitbit OS, and is waterproofed for swimming. It comes preloaded with Fitbit Coach, which offers a handful of guided exercise routines and automatically time them as you train. (A full version of Fitbit Coach that includes more workout programs costs $39.99 a year.) It can also store around 300 songs or stream music from Pandora or Deezer.

And later this summer, Fitbit will introduce a female health tracking mode that lets users who identify as female track their periods and symptoms to identify patterns (and, in turn, notice if something is irregular.) It’s a first for the company, but not unlike Apple’s Health app before it.

YES, THE FITBIT VERSA BASICALLY LOOKS LIKE AN APPLE WATCH

And while we’re here, let’s get the elephant in the room out of the way. Yes, the Fitbit Versa basically looks like an Apple Watch. At a press event in New York City, Fitbit executives were covertly wearing the new smartwatches ahead of their keynote, and it was difficult to tell the devices apart from the Apple Watches attendees had been wearing until you start looking for a digital crown. The Versa is also offered in black, light grey, and rose gold, making the similarities uncanny.

While Fitbit OS may not be the most optimized experience for an iPhone user – Apple Watch naturally takes that cake – Fitbit has stuck with its multi-platform approach, which means the Versa is compatible with Android, iOS, and Windows. At launch, there will be a few fragmented smartwatch experiences, depending on what smartphone OS you use or where you live. For example, the Versa does advertise support for NFC payments – but if you live in the US, you’ll need to buy a special edition of the device that costs $229. And only people with Android devices will initially enjoy the Versa’s Quick Reply feature that Google has been testing with various messaging platforms.

In my brief hands-on with the device, I wasn’t able to test any of the above features. Instead, Fitbit had a group of journalists focus on the core features the company is best known for: fitness tracking. Everything in this department works as you’d expect: you can track specific exercises, the step counter increases as you perform aerobic exercises, you can see your heart rate change as you exert more physical energy, and the Versa will calculate your cardio score, which is Fitbit’s approximation of your VO2 max.

The features aren’t particularly exciting, especially if you’ve been following Fitbit’s products for awhile, but they’re what you’d expect from a smartwatch trying to take a bite of the wearables market that continues to aggressively grow year over year. One thing worth noting about the new Versa is that it has the same relative SpO2 sensor cluster as the Fitbit Ionic – a different physical pattern of sensors, but they’re the same ones that are supposed to help Fitbit in its quest to potentially track sleep apnea.

The question is whether the lower-priced Versa will help Fitbit regain some of its steam in the smartwatch market, having just ceded the title of number one US wearable maker to Appleand coming off a disappointing holiday earnings report. No doubt the Versa was in the product pipeline long before Fitbit could have predicted it would be in this position, but the Versa does feel like it’s coming at a critical moment for the digital health and fitness company.

The Fitbit Versa goes up for preorder today for $199 and ships in April.