It feels like the time is now. So join one of the many events celebrating women 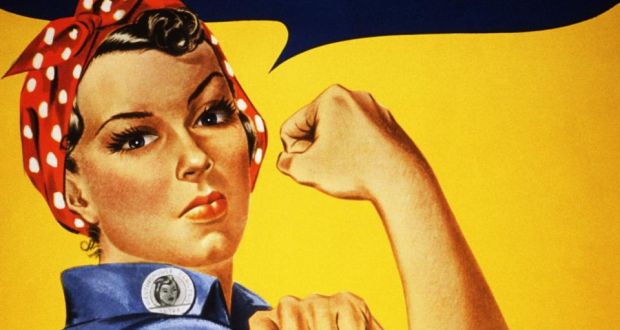 This is the moment: 2018 feels particularly significant for International Women’s Day. It’s not only the centenary of the suffragettes, but #metoo and #timesup have raised mainstream awareness of exclusion, disparity, harassment and abuse. And in Ireland the Repeal the Eighth campaign and imminent referendum on amending the Constitution to permit abortion have placed women’s rights centre stage. Many of the events relate to the referendum.

On International Women’s Day women across the globe come together to force the world to recognise inequalities – and celebrate the achievements of women who have overcome these barriers. The day has been observed for more than 100 years. It started with the suffragettes, in the early 1900s, the first International Women’s Day was celebrated in 1911, and it’s now marked around the world. It has been celebrated on March 8th since 1913, and was recognised by the United Nations in 1975, which each year has created a theme.

This year International Women’s Day has made a strong call to action to #PressforProgress on gender parity, by motivating and uniting friends, colleagues and whole communities to think, act and be gender inclusive. The theme reflects the growing global movement of advocacy, activism and support for gender parity and continue the vocal fight for equality.

The original aim – to achieve full equality for women around the world – has still not been realised. A gender pay gap persists across the globe, and women are still not present in equal numbers in business or politics. Across the world women’s education and health continue to be lag behind men’s, and violence towards women is still worse than it is towards men.

The World Economic Forum’s Global Gender Gap Report for 2017 found gender parity is more than 200 years away globally, a pretty depressing assessment. In real terms the gender pay gap means that, in 2017, women effectively worked for free for 51 days of the year.

But last year, too, women’s rights dominated the news, with allegations of sexual misconduct against prominent men in power, including Harvey Weinstein, spreading globally through different sectors. Abuse and harassment that had bubbled below the surface for decades – centuries – were called out in high-profile sectors from film to fashion to music to politics to art.

Time magazine declared the outcry against sexual and gender injustice its Person of the Year for 2017, and made the Silence Breakers its collective winner. And in 2018 the high-profile endorsement of change continued with actors wearing black at awards ceremonies, the BBC journalist Carrie Gracieresigning as China editor over unequal pay, and Frances McDormand’s inspiring Oscars speech this week.

The prominent names pushing the agenda are the headline grabbers. Real change happens in everyday lives and ordinary attitudes, which is where International Women’s Day’s #PressforProgress could be felt.

It encourages all women and men to take part, by choosing one area that you concentrate on to press for progress in your own sphere of influence: maintain a gender-parity mindset, or challenge stereotypes and bias, or forge positive visibility of women, or influence others’ beliefs and actions, or celebrate women’s achievements. Other actions for today can be to host an event or to join one of the many events happening around International Women’s Day. Some of them are below.

Whether a day of reflection, of action or of fun, plenty’s going on, so stand and be proud (or sit back and enjoy).